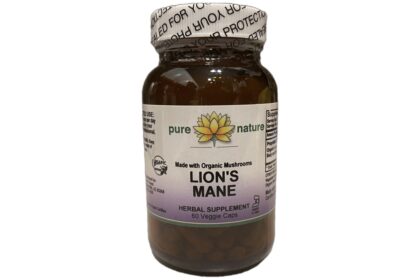 This beautiful species, appearing as a white waterfall of cascading icicles, is found on broad leaf trees and logs. The subject of recent studies, Lion’s Mane (Hericium erinaceus) is renowned for providing support to the brain and nervous system.* Pure Nature Lion’s Mane is made with U.S. certified organic mushrooms. 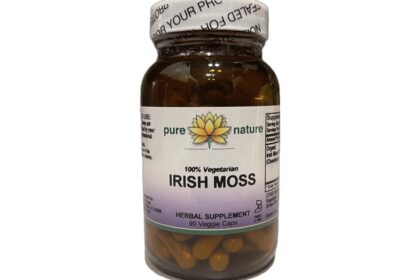 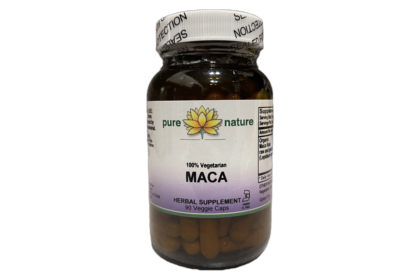 Maca (Lepidium meyenii) is grown at high elevations in the Andes region of Central Peru. It has been traditionally used for centuries as a food source and as a general energy tonic. Modern  scientific research suggests that maca may help to support a healthy reproductive life for both men and women. Clinical data indicate that maca does not exert a direct effect on endocrine function. 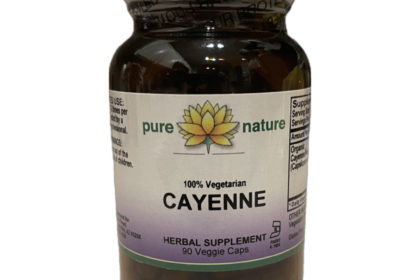 Cayenne pepper (Capsicum annuum) has been used as a food and by traditional herbalists for thousands of years. The hot and spicy taste of cayenne pepper is primarily due to a component known as capsaicin. Modern scientific studies have indicated that consumption of Cayenne may help to support cardiovascular and digestive functions.

Chaga mushroom (Inonotus obliquus) grows in birch forests of Russia, Korea, Eastern and Northern Europe, northern areas of the United States, particularly in the North Carolina mountains and in Canada. Chaga mushroom has been used as a folk remedy in Russia and other North-European countries for centuries and its use is still fairly common today. Eastern European cultures, and others using Traditional Chinese practices, have known of the Chaga mushroom benefits for centuries.

Many people believe that a Chaga supplement could produce various Chaga benefits. However, due to the bitter taste of raw Chaga mushroom, traditional practices involve making a Chaga tea or Chaga tincture, so that people can take advantage of the Chaga benefits without having to endure the bitter and harsh taste of Inonotus obliquus mushroom. In fact, this practice is still very popular today. Dozens of people have shared numerous Chaga tea recipes and different methods on how to make Chaga mushroom tea and even Chaga coffee online. So what is Chaga good for?

Chaga fungus is rich in fiber and other essential nutrients such as Vitamin D, Potassium, Calcium, Magnesium, Manganese, and Iron. Some people believe that these nutrients may play a role in the various Chaga health benefits. Additionally, Chaga fungus is high in melanin content which may promote skin health. In addition to these Chaga mushroom benefits, Chaga also carries properties that may promote healthy inflammation levels as well and Melanin is also believed to potentially support healthy oxidation processes. Anecdotal evidence supports Chaga mushroom benefits for cellular, immune, and cardiovascular health but further studies are still being conducted to further verify these claims.… END_OF_DOCUMENT_TOKEN_TO_BE_REPLACED 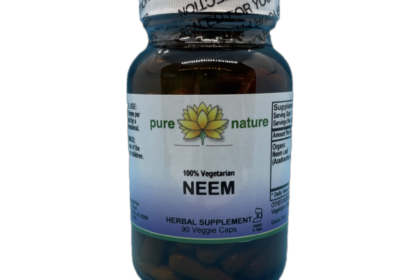 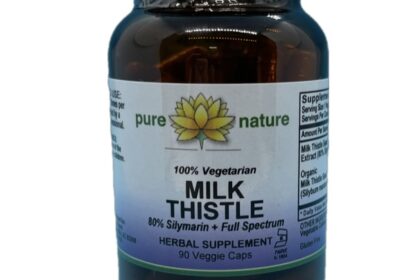 Milk Thistle (Silybum marianum) has been used for thousands of years as a digestive aid, but it is most well known as a superior herb for liver and gallbladder disorders. Milk thistle’s effectiveness for all sorts of liver disorders is being confirmed today through laboratory studies and extensive clinical trials. The active ingredients in milk thistle are flavonoids comprised of silybin, silydianin and silychristin – collectively known as silymarin. Milk Thistle Extract is indicated for liver disease associated with alcohol abuse, chronic hepatitis, and protects those working with toxic chemicals and other substances harmful to the liver.  Pure Nature Milk Thistle is 100% Vegetarian and Kosher certified. 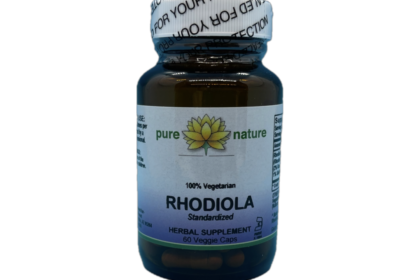 Rhodiola rosea has been extensively studied in Russia and Scandinavian countries for over 35 years and is categorized as an adaptogen because of its ability to increase resistance to chemical, biological, and physical stressors.* Rhodiola has been found to inhibit stress-induced depletion of important brain neurotransmitters.* The adaptogenic properties of Rhodiola are attributed primarily to this ability to influence the levels and activity of neurotransmitters and the amino acids that mimic the effect of opiates in the brain, such as the beta-endorphins.* Because it is an adaptogen, Rhodiola has the potential to normalize neurotransmitters in the central nervous system without causing drowsiness or fatigue. In other words, it helps maintain normal levels of brain chemicals but, when they are already normal, Rhodiola will not further affect them.*

Russian studies suggest a positive role for Rhodiola in situations characterized by a decline in work performance, poor appetite, sleep disturbances, irritability, and fatigue.* Studies have found improved mental performance in physicians on night duty who were supplemented with Rhodiola.* Medical students given Rhodiola during exam periods reported improved concentration and performance, as well as enhanced well-being, improved sleep, and greater mood stability.*

In addition to aiding sleep, Rhodiola can enhance mood and decrease occasional episodes of worry and nervousness, allowing for more efficient functioning under stressful conditions.* 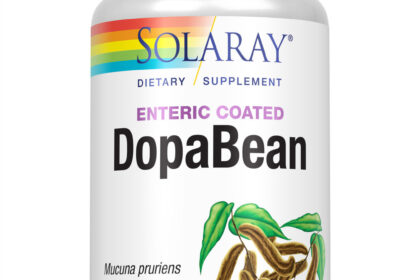 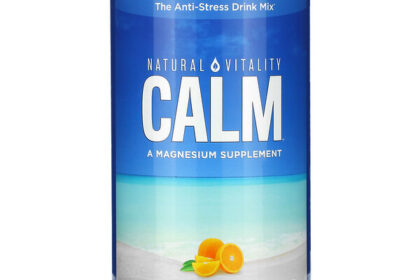 You may notice muscles relaxing and an overarching sense of calmfulness.

We all encounter stress daily whether we realize it or not, and our bodies can respond by depleting our magnesium levels.

We invite you to help replenish your body’s magnesium levels and enjoy the wave of calmfulness.